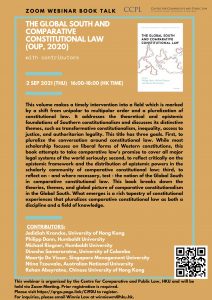 This webinar is organized by the Centre for Comparative and Public Law, HKU and will be held via Zoom Meeting. Prior registration is required. Click HERE to register.  For inquiries, please email Winnie Law at .