This webinar is organized by the Centre for Comparative and Public Law at The University of Hong Kong and will be held via Zoom Meeting. Prior registration will be required. 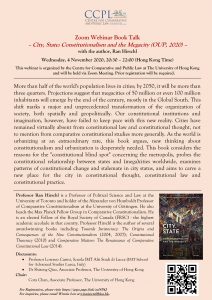