Grand Final of the Mooting and Dispute Resolution Programme 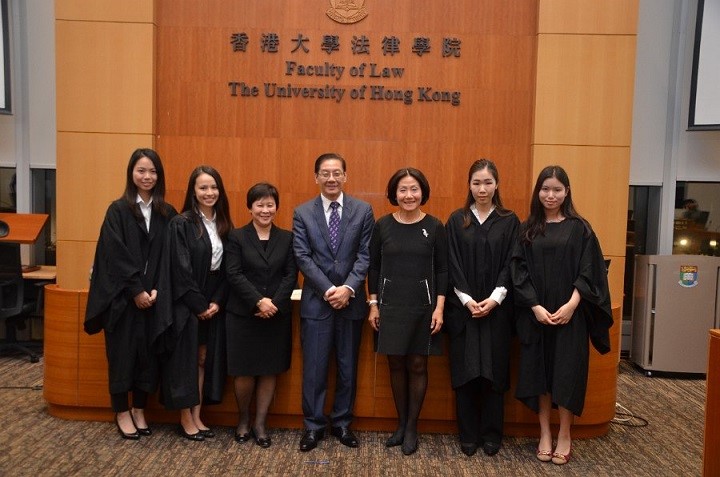 The finalists mooted before The Hon Madam Justice Carlye Chu, JA, Justice of Appeal of the Court of Appeal of the High Court, Mr. Joseph Tse SC, Vice Chairman of the Hong Kong Bar Association and Mrs Daisy Tong, Partner of Deacons. The finalists performed very well in the mooting competition and all of them received excellent feedback from the Judges.

After deliberation, The Deacons’ Cup for Best Individual Mooter went to Janice Wong, with Grace Lee named as the runner-up. As an award to their achievements, each of them received a cash voucher and a souvenir generously provided by Deacons. The Hong Kong Bar Association Cup for Best Team was also awarded to Janice and Grace who acted as the Counsel for the Respondents.