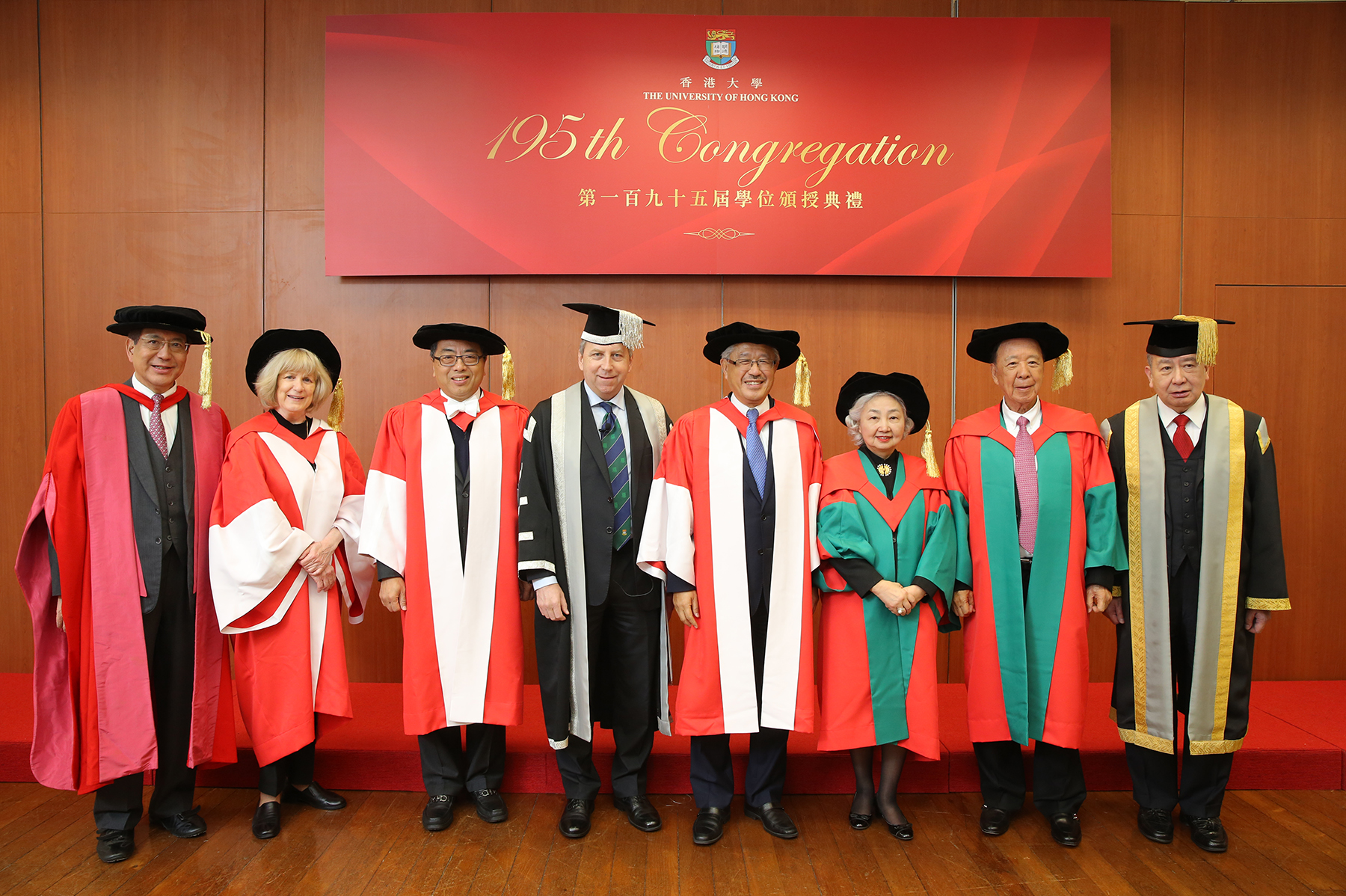 The honorary degree recipients are:

Honorary Degrees are awarded to individuals in recognition of their distinguished service and commitment to the University, the community, and to academia. They are also conferred to those who have made valuable intellectual, social and cultural contributions to society and the world.

As Secretary for Justice, she headed the Department of Justice from 1997 to 2005. She was, during the same period, a member of the Executive Council of Hong Kong. Since 2006, she became and is currently a Deputy Director of the Hong Kong Basic Law Committee under the Standing Committee of the National People’s Congress of the PRC. Dr Leung is a Consultant Solicitor of the firm of Iu, Lai & Li, a Notary Public, and a China Appointed Attesting Officer.

Dr Leung has been active in the legal profession and the community at large. She has served as President of the International Federation of Women Lawyers, and on various government boards and committees, including the Independent Police Complaints Council, Social Welfare Advisory Committee and Inland Revenue Board of Review. She was also honorary legal adviser to many non-governmental organisations. Currently, she continues to lend her leadership and counsel to several NGOs.

In recognition of her contributions to the law and society, the University has resolved to confer upon her the degree of Doctor of Social Sciences honoris causa.