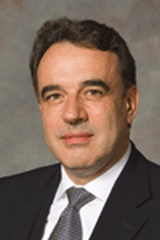 Professor John Lowry, Chair of Commercial Law, was appointed to the Standing Committee on Company Law Reform (SCCLR) for a term of two years as from 1 February 2015.  The SCCLR “advises the Financial Secretary on amendments to the Companies Ordinance and the Companies (Winding Up and Miscellaneous Provisions) Ordinance, as well as amendments to the Securities and Futures Ordinance on matters relating to corporate governance and shareholders’ protection, as and when necessary” (Press Release).  It was established in 1984 and has been instrumental in keeping Hong Kong’s company laws current, especially the recent major rewrite of the Companies Ordinance.  The Government thanked outgoing members, including Professor Say Goo, Director of the Asian Institute of International Financial Law, for their contributions to the SCCLR over the past six years.