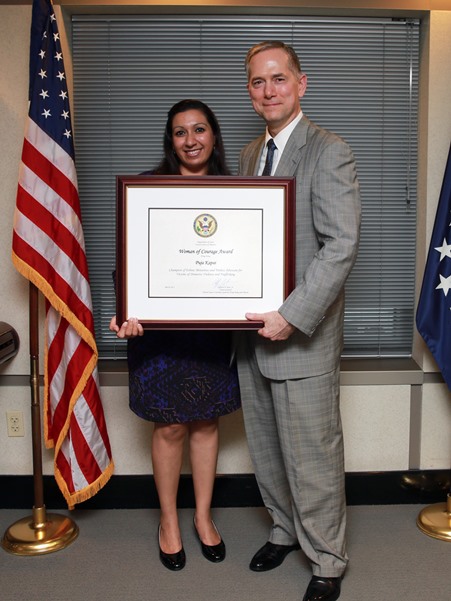 The United States Secretary of State awarded to Puja Kapai the Hong Kong Woman of Courage Award 2015, for her work on the rights of marginalized groups, including ethnic minorities, victims of domestic violence and human trafficking. The award honours women around the globe who have exemplified exceptional courage and leadership in advocating human rights, women’s equality, and social progress.