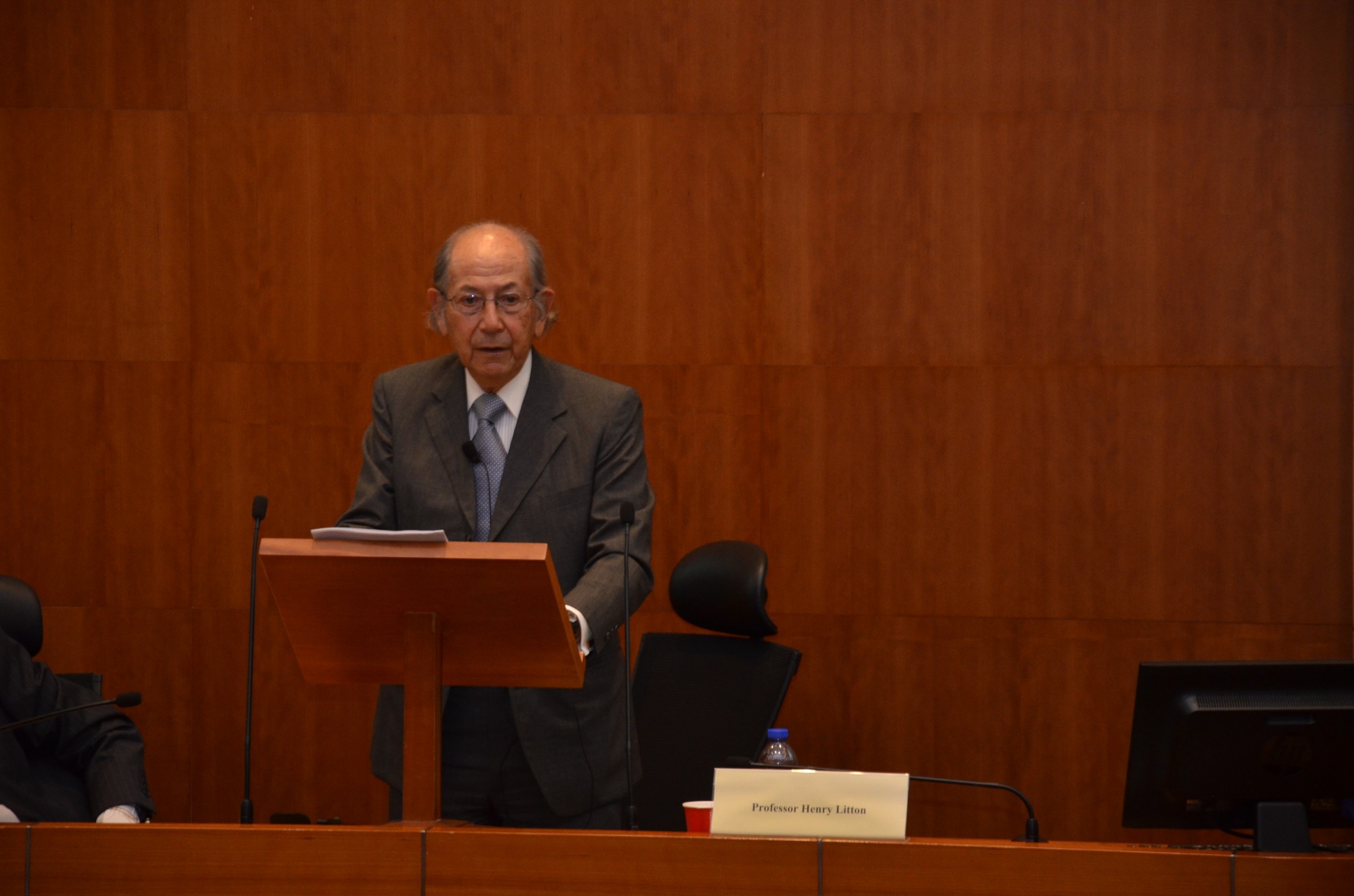 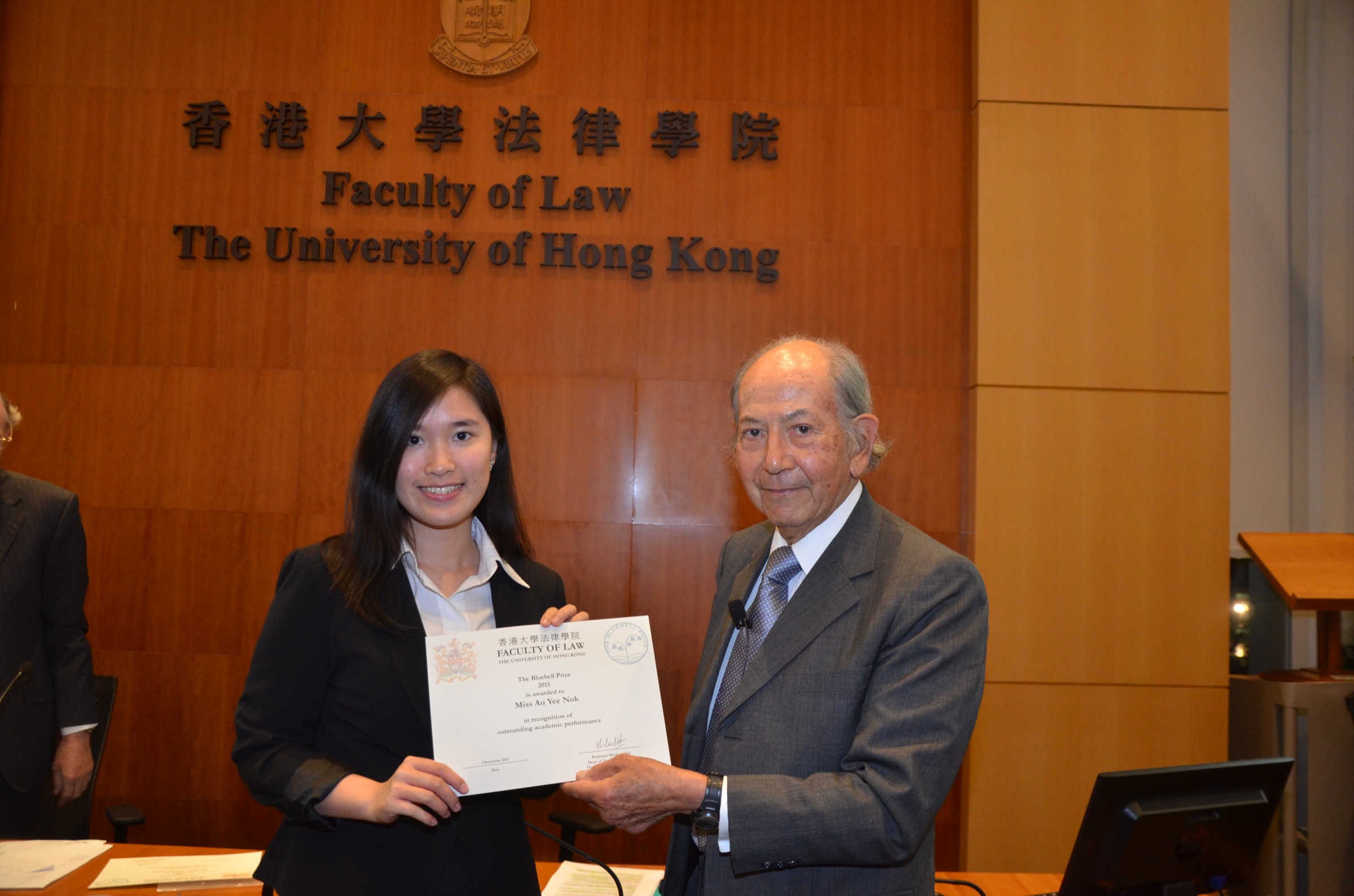 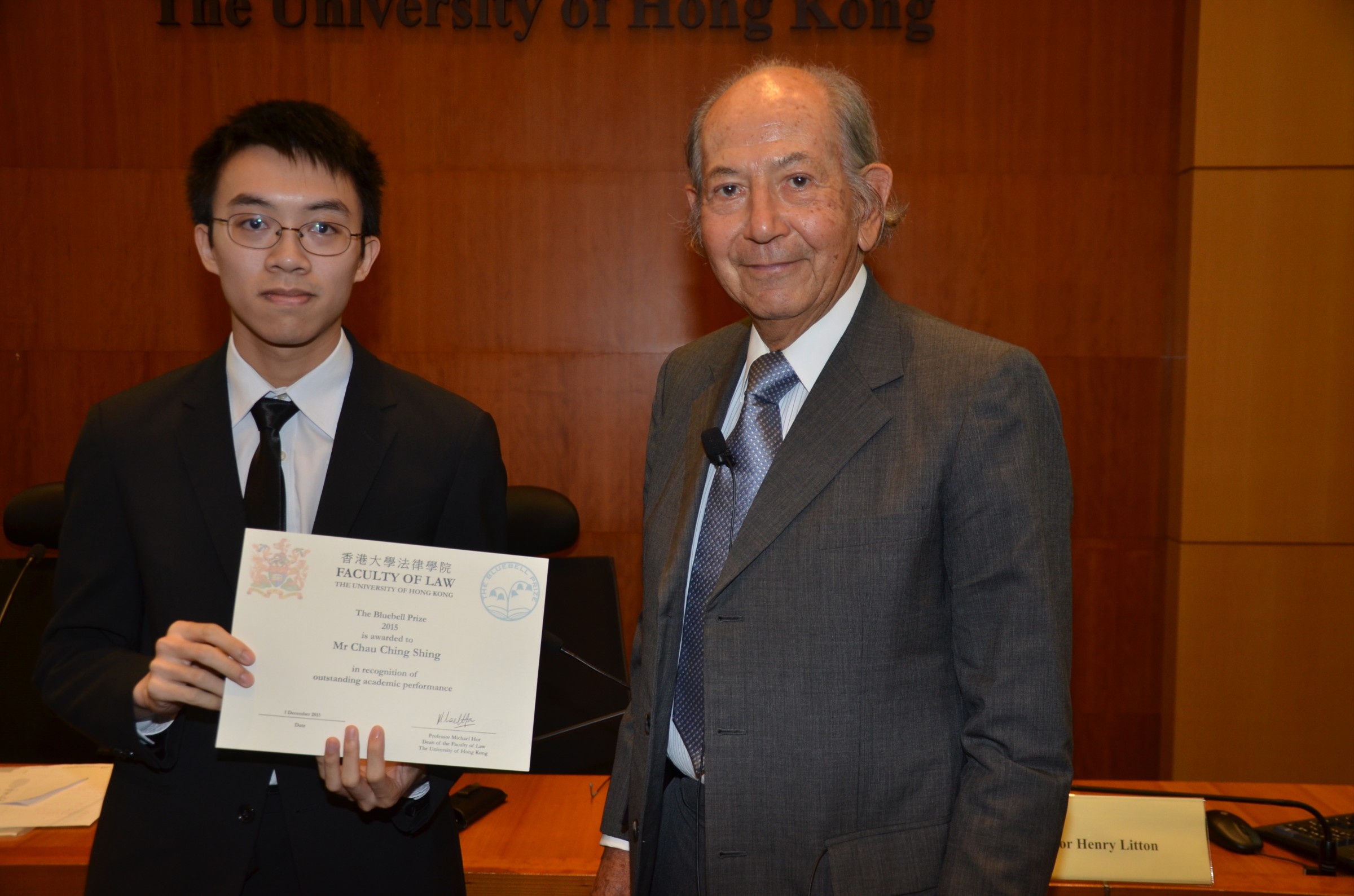 Professor Henry Litton, GBM, CBE, MA (Oxon), Former Permanent Judge of the Court of Final Appeal and our Honorary Professor has recently initiated the idea of the Bluebell Prize. The inspiration for the name of the Prize is the judgment of Lord Denning MR in Hinz v Berry [1970] 2 QB 40 which began: ‘It happened on 19 April 1964. It was bluebell time in Kent …’

The Prize is a cash sum of HK$60,000. The competition was open to all current undergraduate and postgraduate students in the Faculty. Contestants were required to extract from a specified judgment the main issues of the case and present it to its readers in a brief manner that could readily be understood. The focus is on plain English, straight thinking, brevity and effective communication.

Among 87 submissions, the selection committee, Professor Henry Litton, Professor Michael Wilkinson, Professor Anselmo Reyes, SC and Mr Daniel Hui selected two winners for the Bluebell Prize 2015. They are Miss Au Yee Nok, Flavia and Mr Chau Ching Shing, Brian. Judges commented that, “Their styles are rather different.  One gives the background to the case, in attractive and simple language, on one page.  the other describes it in one crisp sentence.  Both identified the core issue in a way the reader would easily understand.” Professor Litton said, “If students, in competing for The Bluebell Prize, have been led into thinking what is wrong with the legal system and what must change to make it once more a lean effective machine, then the common law will be in good hands in the run up to 2047 – and beyond.  The students are the leaders that can make that change happen.”

Professor Litton also delivered two Public Lectures on “Judicial Review” and “The Importance of Simplicity and Clarity of Language in the Law”. The Bluebell Prize was presented after the final lecture on 1 December 2015 and will again be competed for next year.